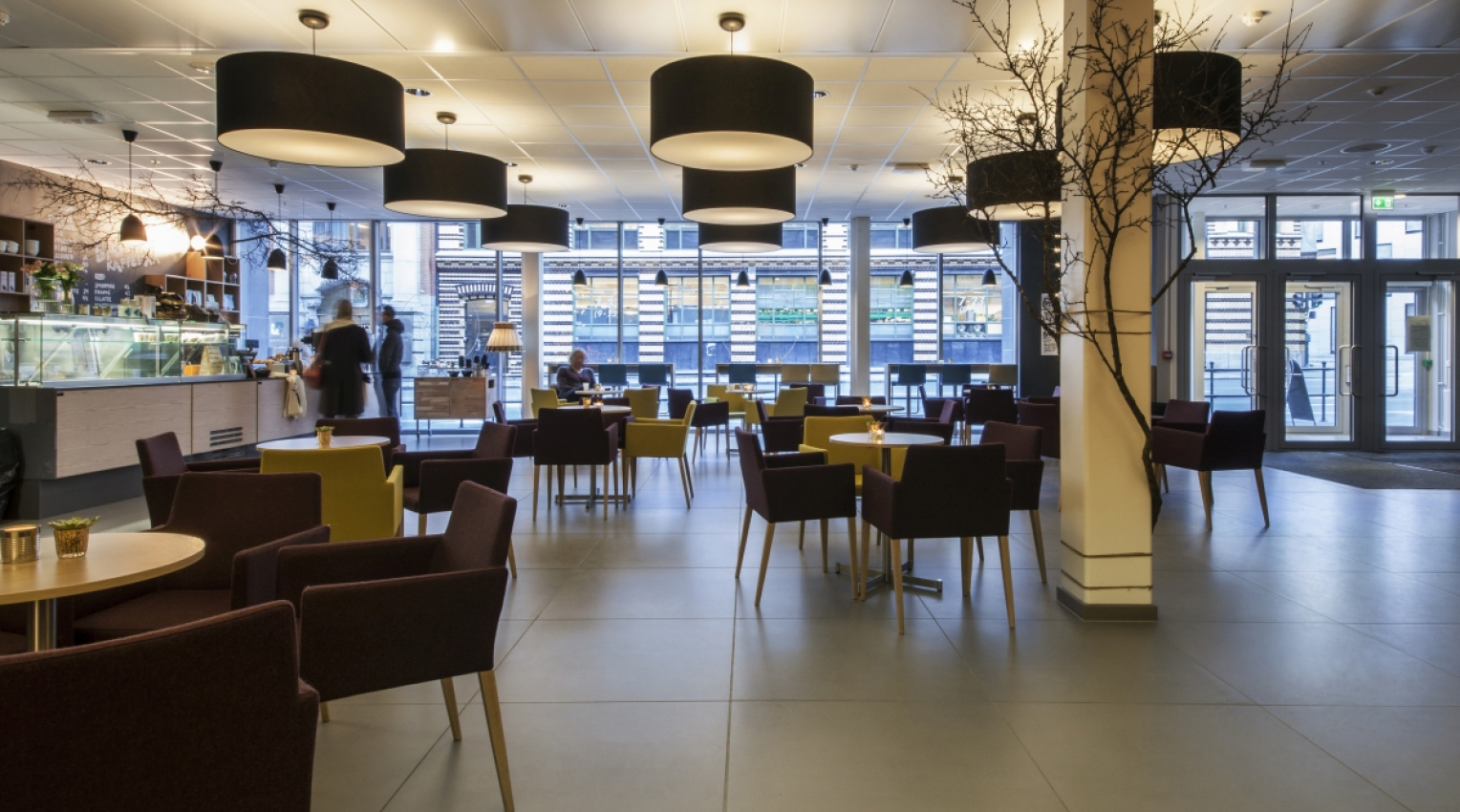 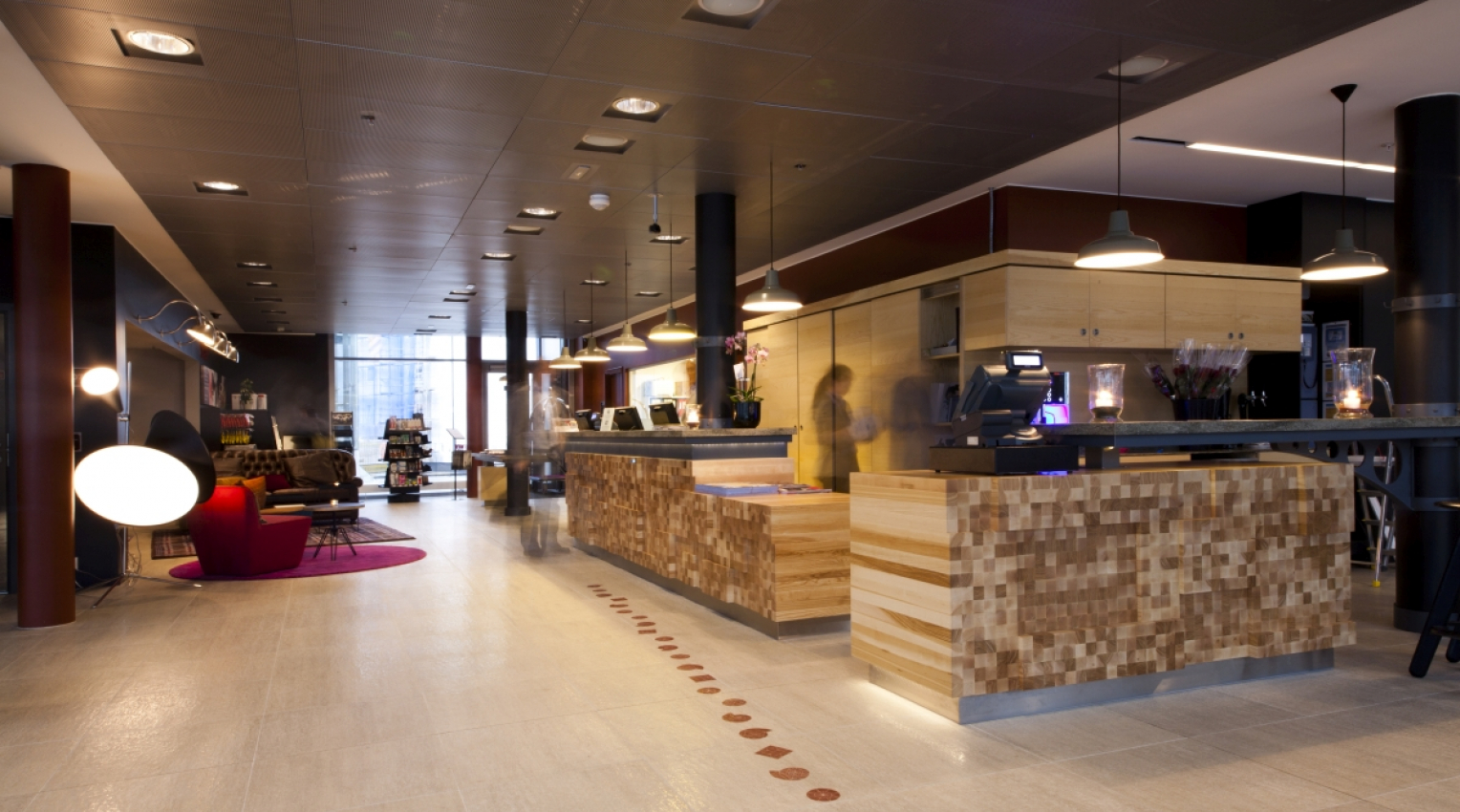 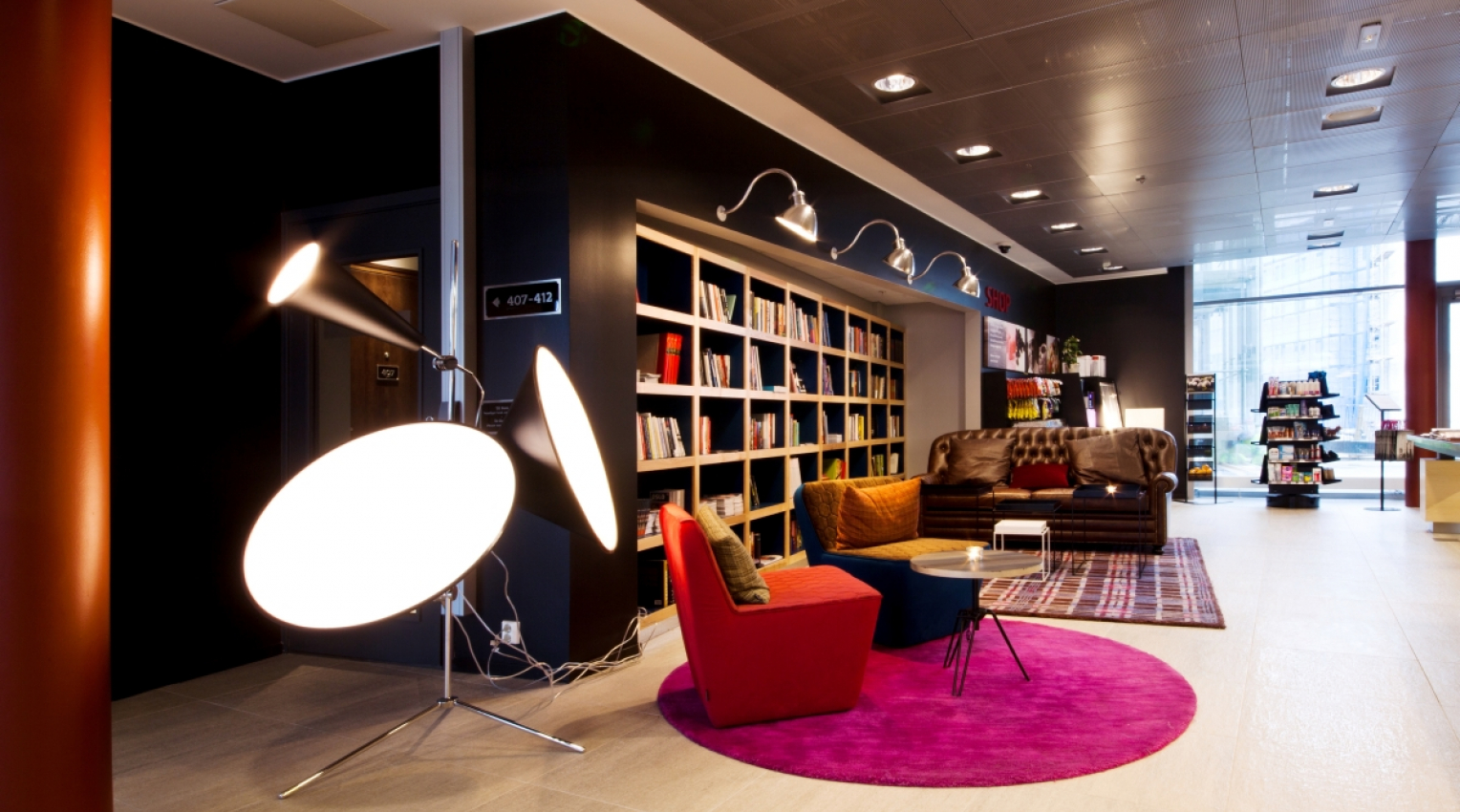 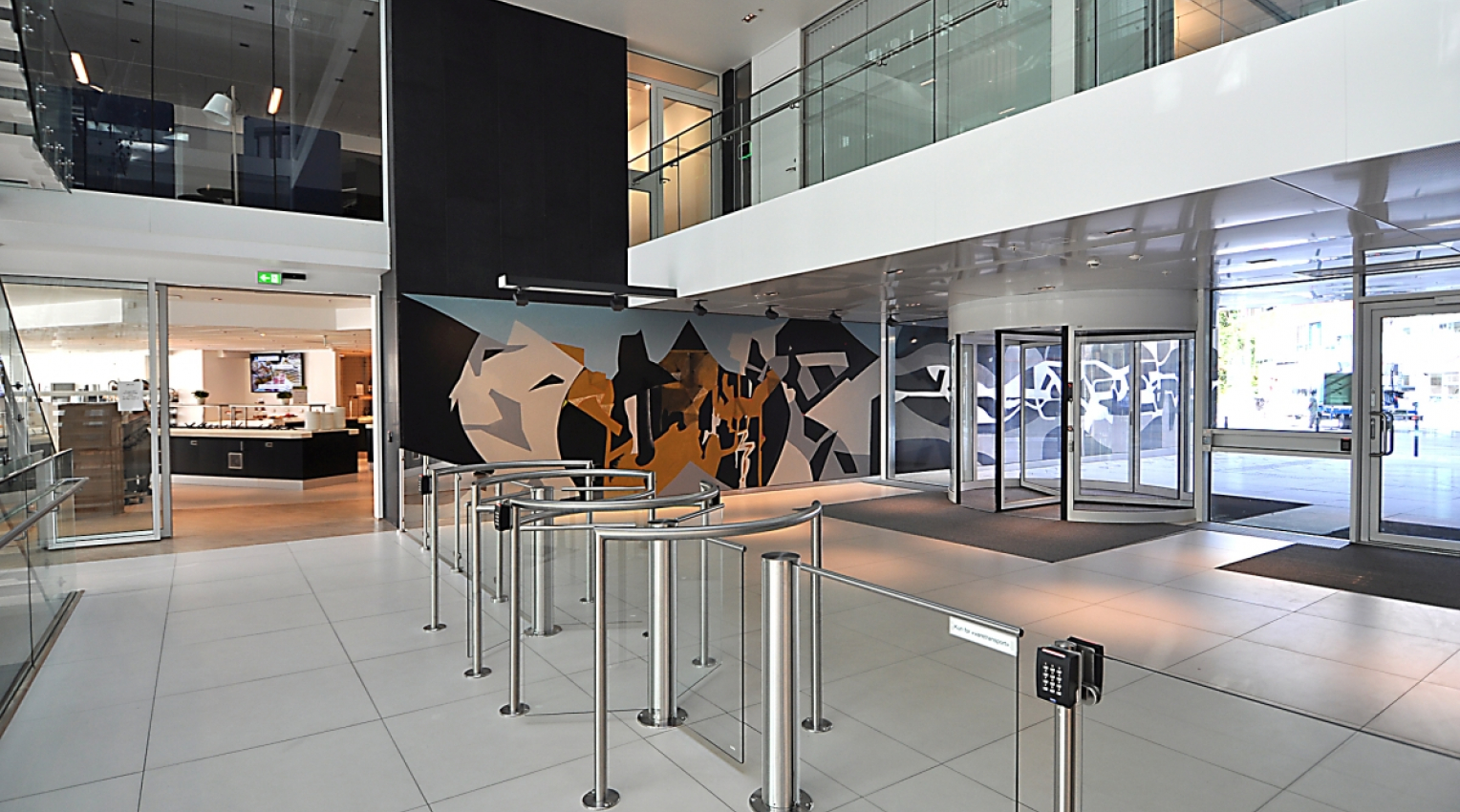 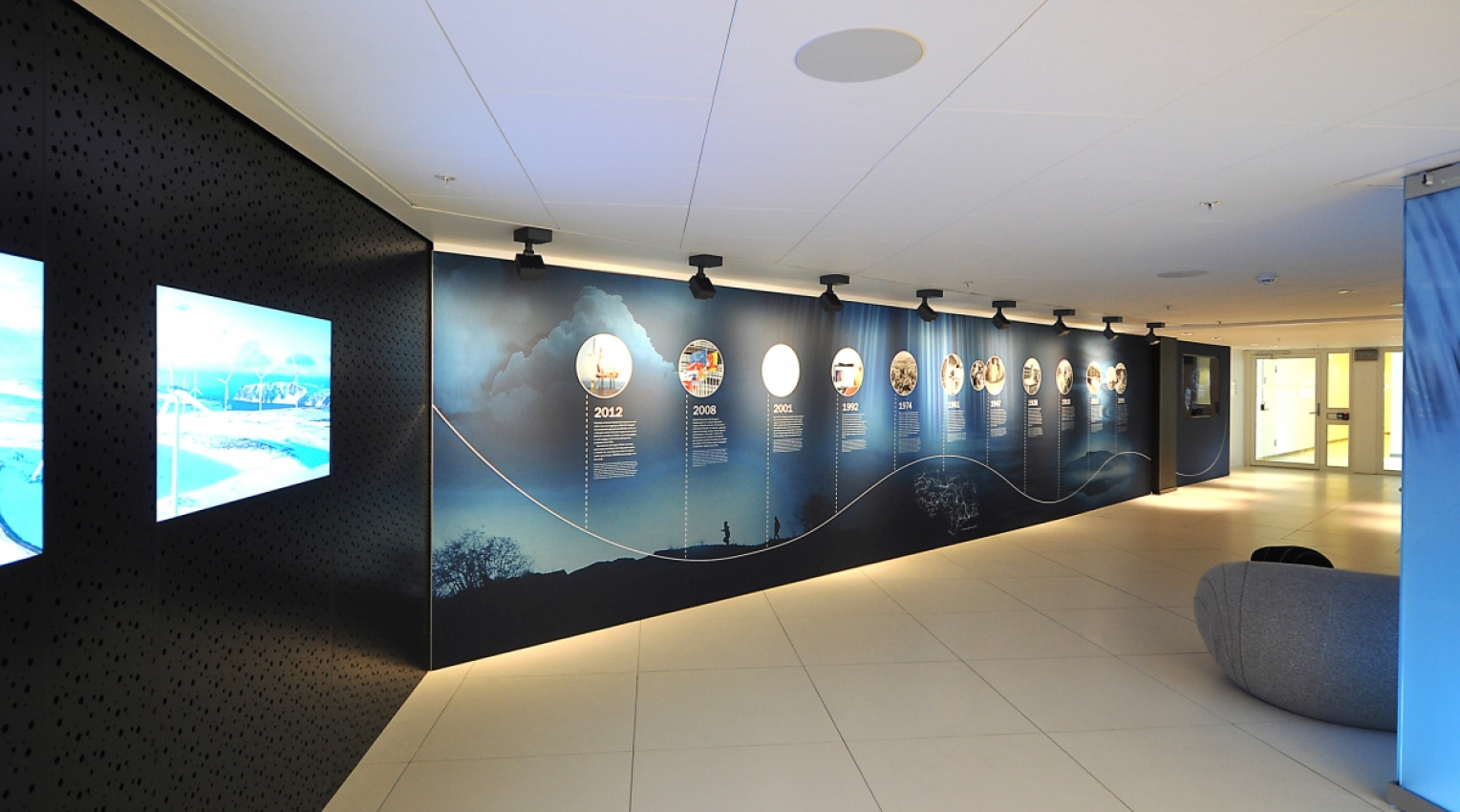 One of the smallest capital cities in Europe and, at the same time, one of the most versatile, modern and international: we're talking about Oslo, the capital of Norway that, with its 600 600,000 inhabitants, is characterised by a winning combination of entertainment, culture and nature. As well as for its cosmopolitan appeal and stunningly beautiful fiords that give it so much character, Oslo is also famous for its quality environmental policy that has allowed the city to be awarded numerous prizes.
Concern for the environment is an issue that has always been part of Ceramiche Caesar too, a point of reference in the production of Made in Italy porcelain tiles made in accordance to green and eco-sustainable criteria.

In Oslo, Caesar has contributed creating welcoming and hospitality structures, supplying the quality, resistance and appeal of its ceramic collections.
The Scandic Vulkan in Oslo is a modern hotel, 1km from the city centre in one of the most creative and fashionable districts in town. In order to keep up with the contemporary and natural style of the building, the floors in the hall and common areas were covered using 60x60cm Beola Bianca of the Absolute collection, the porcelain tile series that interprets the allure of various natural stone with an original style. T
he soft chromatic shades of the Flow series in colours Coal and Flight in 60x60cm, covered the bathrooms at the entrance of the hotel, combining aesthetics and technical quality.
The minimal design of the More collection, in colours Lux and Iridium characterises the Statkraft and Barratt Kaffebar spaces respectively, the former is the international leader in hydro-electric sector and the most important producer of renewable energy in Europe, the latter is a modern and fresh coffee shop, the perfect place for a break during a frantic daily routine. 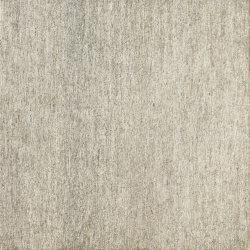 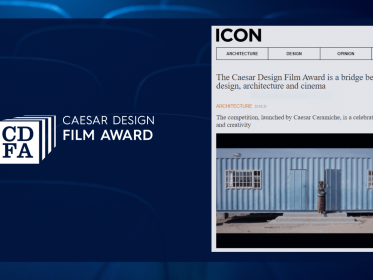 The CDFA told by ICON 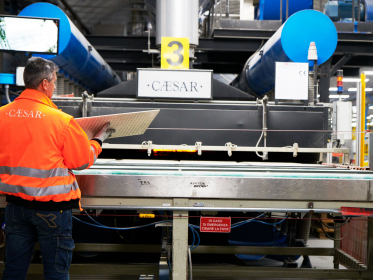 A travel into ceramics

From research to the production stage, this is how porcelain tiles are made! 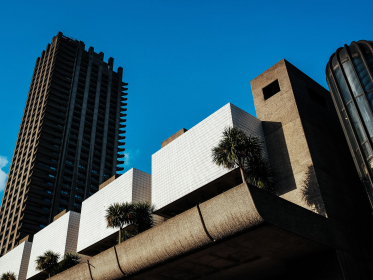 The concrete look in architecture and design

The concrete effect is one of the hottest design trends of recent years, thanks to the renewed sensitivity towards the urban style, a perfect transpos...