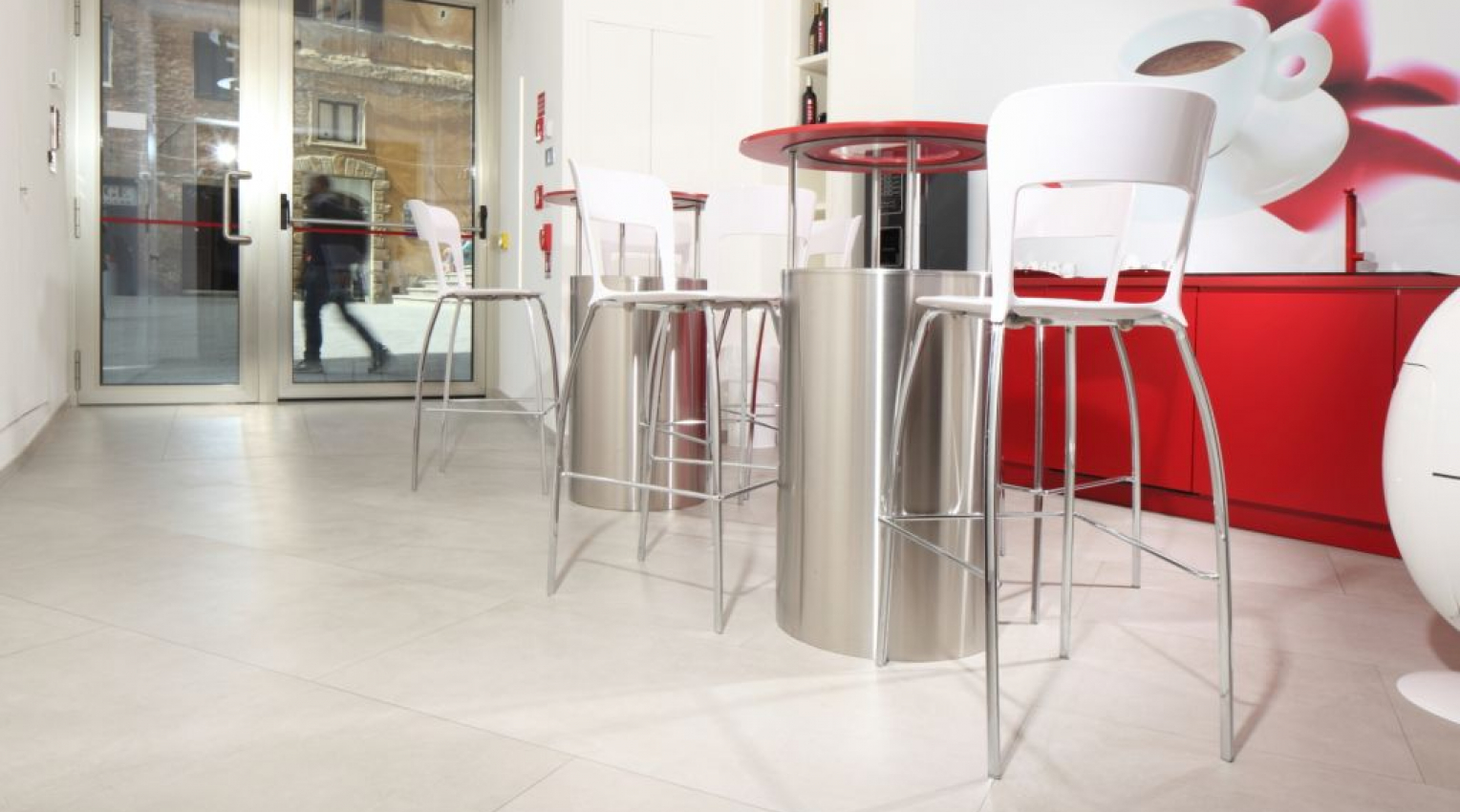 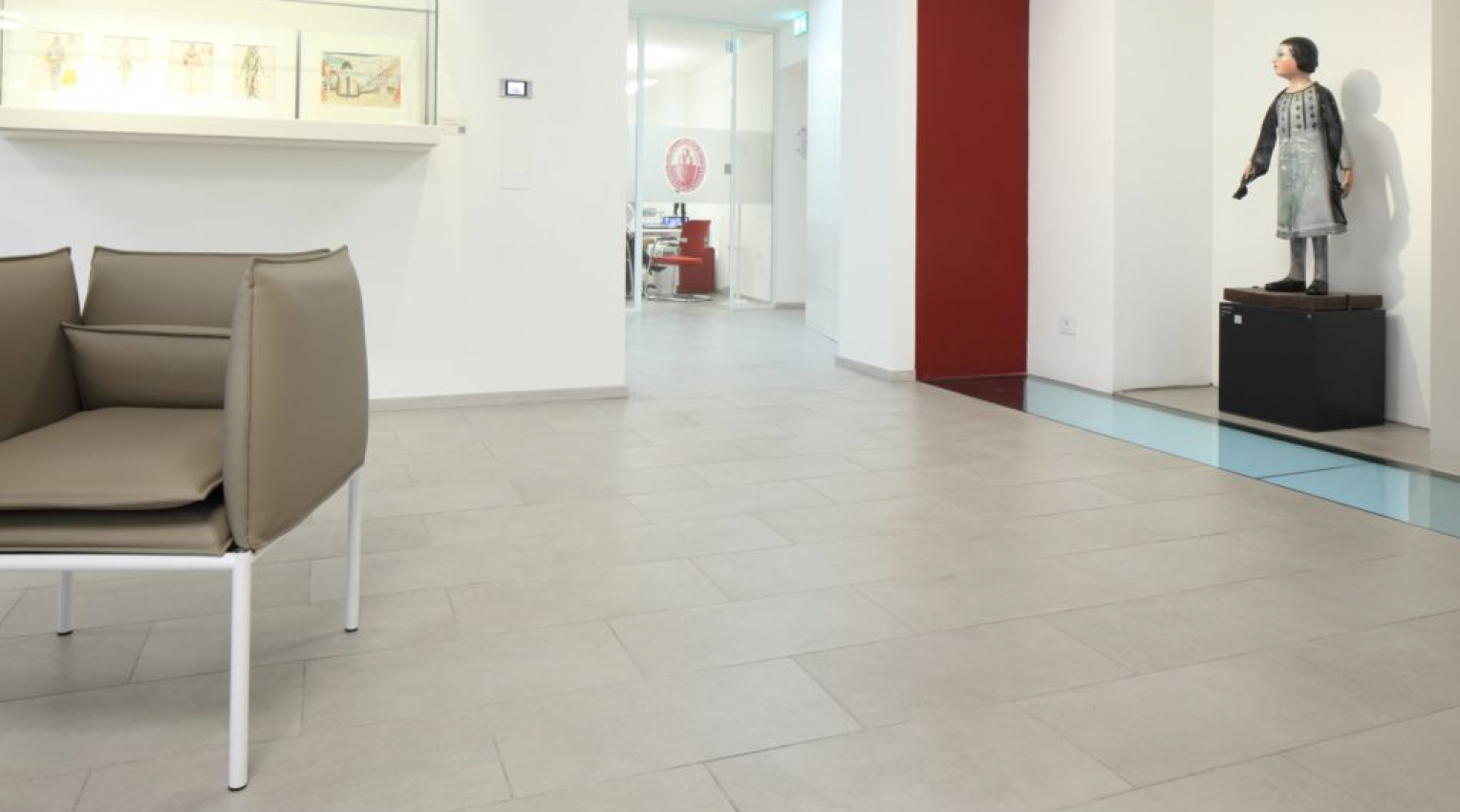 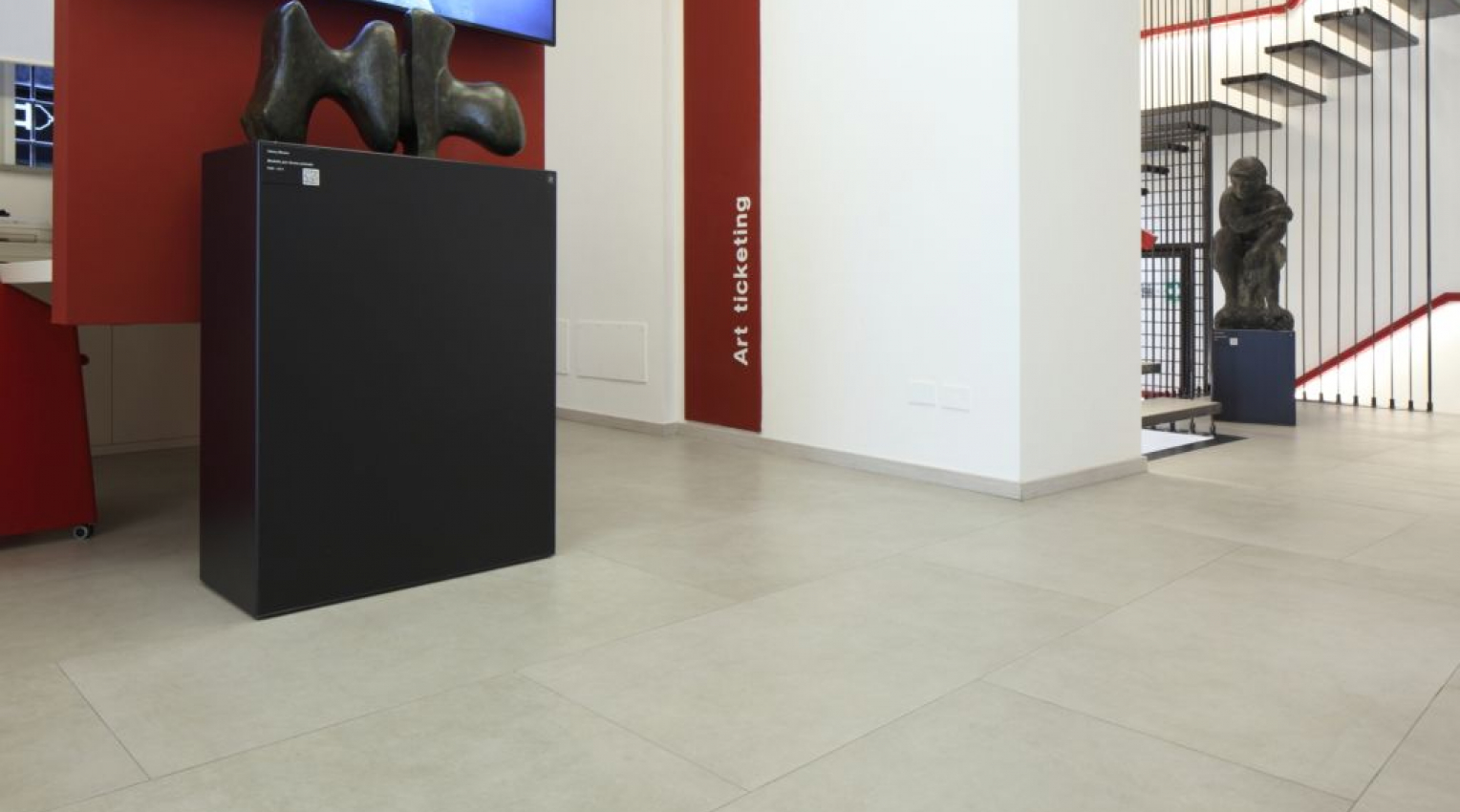 Gate, a porcelain tile collection by Ceramiche Caesar, lends itself perfectly to the creation of commercial spaces thanks to the minimal style that allows for the utmost creative freedom. In Siena, in Piazza Tolomei, a branch office of the Monte dei Paschi bank, the venue was totally renovated in spaces and services according to a new style of banking in perfect balance between art and hi-tech. In a modern, functional and welcoming building where traditional banking services combine with the new online and "touch-screen" ATM (Bancomat) services, patrons can pick up a coffee in the Bancaffи lounge while admiring the works of art of well-known artists of the twentieth century, 13 works selected by Monte dei Paschi di Siena that are a tribute to contemporary art. In this versatile and heterogeneous context, the ceramic tiles of the Gate series in the warm and neutral Downtown shade in sizes 30x60 and 120x60cm were used. Gate decorates the space thanks to the richness of its surface: never flamboyant, the collection exalts the space, creating a balance between the project and the design elements. 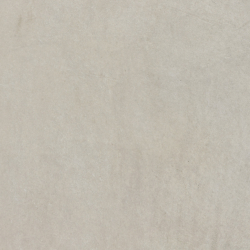 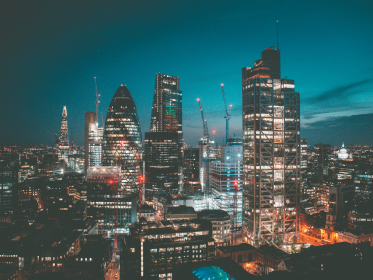 London's Skyline: how has it changed and how is it going to change again

“I’ve been walking about London for the last thirty years, and I find something fresh in it every day”.

This is how Walter Besant described London in 1896. A city with a thousand souls, contrasts and stories, always different, changing with the point of view of whoever looks at it. The aphorism is just as true now, for a city whose stylistic contradictions and architectural evolution will make any visitor fall in love with its many surprising perspectives.

Caesar has played a pioneering role in this trendsetting city, aiming to capture its urban transformations and changes and translate them into cutting edge ceramic products. Since 2007 the Fiorano company has set down its roots in the British capital, first with the Design Center, a meeting point located in Covent Garden; then, in 2015, with the inauguration of its first ceramics showroom in London: the Urban Lab, located in the heart of the Clerkenwell design district, soon became a point of reference for designers and materials. 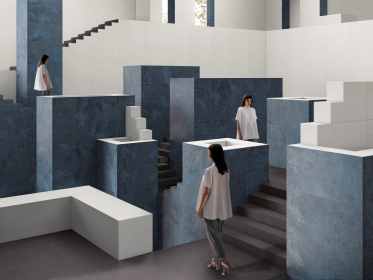 Classic Blue selected as Colour of 2020: Caesar ahead of the curve

For the last 20 years, the announcement of the colour of the year has been one of the most hotly anticipated moments in the calendar for designers and aficionados of style and design. The colour of year can be used as part of interior design projects to showcase their ability to reflect the latest sociological trends, or be incorporated into the home via smaller objects which keep our private spaces in sync with developing styles.

Since 2000, the company responsible for selecting the colour of the year has been Pantone, the US market leader in colour cataloguing and the inventor of the eponymous colour identification system. 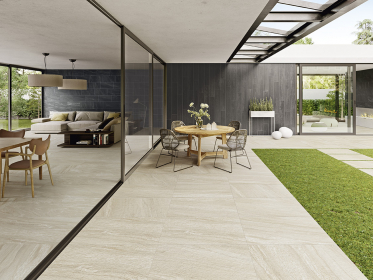