Ceasar Design Film Award: the finalists Caesar Ceramics, The unique ‘material culture’ that identifies us comes from more than 30 years experience and innovation in the field of high-quality Italian porcelain tile, a guarantee of comprehensive technical know-how.

How can we protect our democracy? Capitol Castle is a dystopian architectural project, a sort of reaction to “the storm” that hit the Capitol on 6 January 2021. It depicts a version of democracy that has to hide behind ever-higher walls, built with recycled bricks.

Benedikt Hartl
He is the founder of the activist architecture studio Opposite Office, which creates spatial solutions in response to social and political problems. 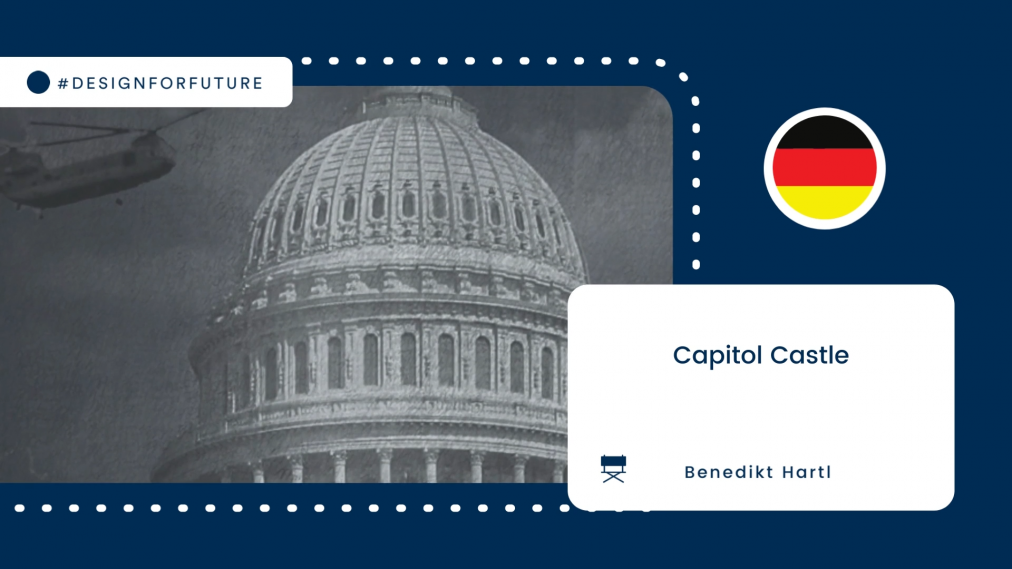 Helmut Jahn was an endlessly inventive and constantly evolving architect with astonishing courage and tireless creative exuberance. The interview sheds light on his approach to design, on his personal evolution as an architect and on the challenges that contemporary cities need to deal with.

In 2021, Nathan Eddy was dedicated a retrospective by the Gene Siskel Film Center entitled Modernism as Character. He’s the author of several documentaries on the city of Chicago and on its brutalist and post-modern buildings.

Jia Li is a Chinese-American filmmaker who lives in New York. Combining visual journalism, cinematographic narration and an interactive background, she works as cinematographer, director and editor. She won several awards including the Edward R. Murrow Award and the Ellie Award.

Our journey is the sea of stars. It sounds like the opening of a science fiction novel, but we are talking about the entrance to the Shanghai Planetarium. Step inside and you will encounter the untold mysteries of the stars and of the universe. 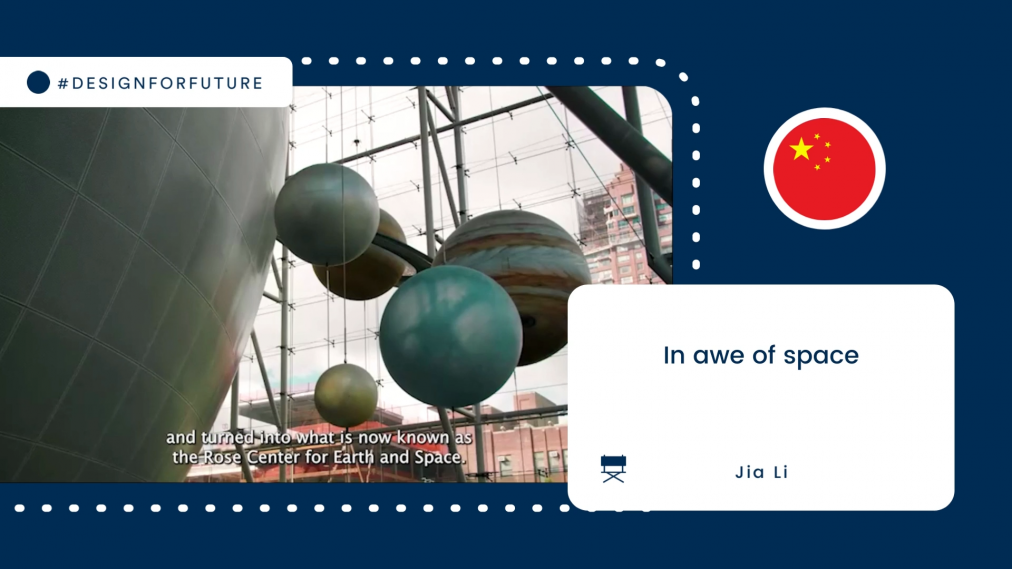 Driven by the new pandemic context, cycling has become increasingly popular in Mexico City as a response to serious problems of mobility, overcrowding and pollution. However, the lack of protection for cyclists, of proper infrastructure and the absence of a road culture have actually increased the number of accidents and deaths.

Graduated in Design and Visual Communication at UNAM. In 2016 she directed Pomuch. Storie peninsulari I. She is now attending a Master’s course in Social Sciences and Humanities in Mexico City and collaborates on documentaries and on social research projects. 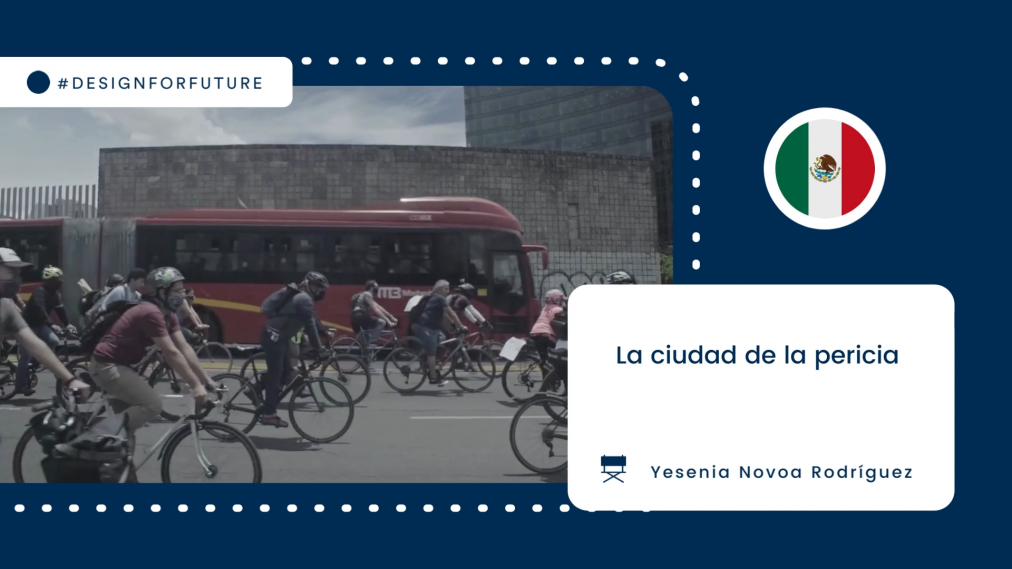 The idea of Su Vertical nos Retiene by Fernando Prats aroused from the continuous observation of the Andes, from Gabriel Mistral’s Poema de Chile and from the drawings of the 1875 Atlas of Physical Geography of the Republic of Chile, made by the geologist Pedro José Amado Pissis.

He studied at the Vienna Film Academy, where he graduated in Film Production. Among his productions, the short film Vienna waits for you directed by Dominik Hartl and awarded in several international festivals. 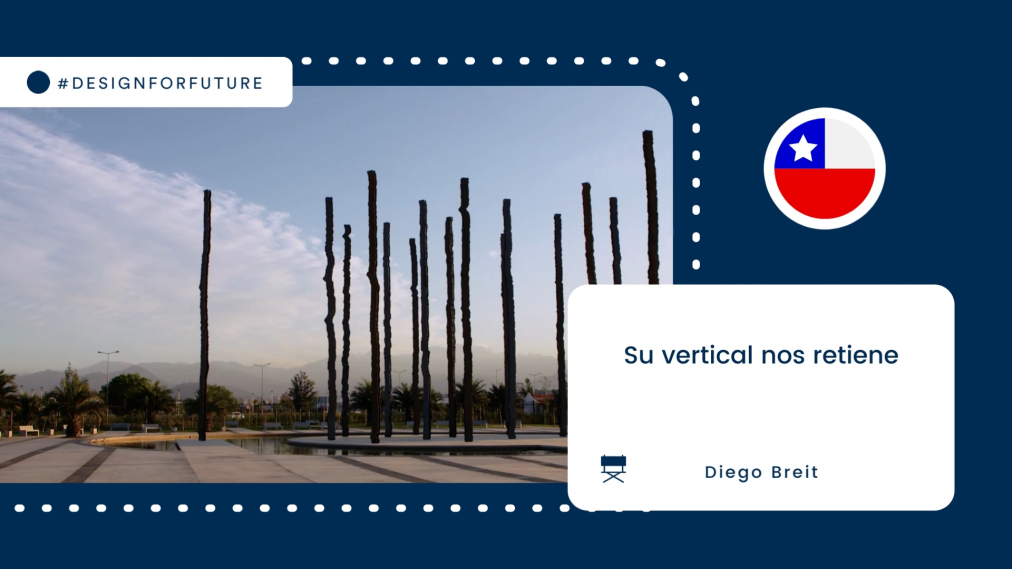 The design between (Switzerland, Germany - 17 min)

The buildings of Francis Kéré, who works in Burkina Faso with the communities for which they are intended, seek to address issues ranging from poverty to climate change, often using a mix of low- tech and high design. The film presents a multi-perspective format that invites the viewer to reflect on the places, people and structures that make Kéré’s work so valuable.

He is an Atlanta-based visual storyteller, whose work focuses on cities, politics and the relationship between people and places. His movies have been screened around the world at many festivals (IDFA), museums (MOMA) and also at the United Nations. His photographs have appeared in Domus, New York Times, The Guardian and many other architecture magazines. 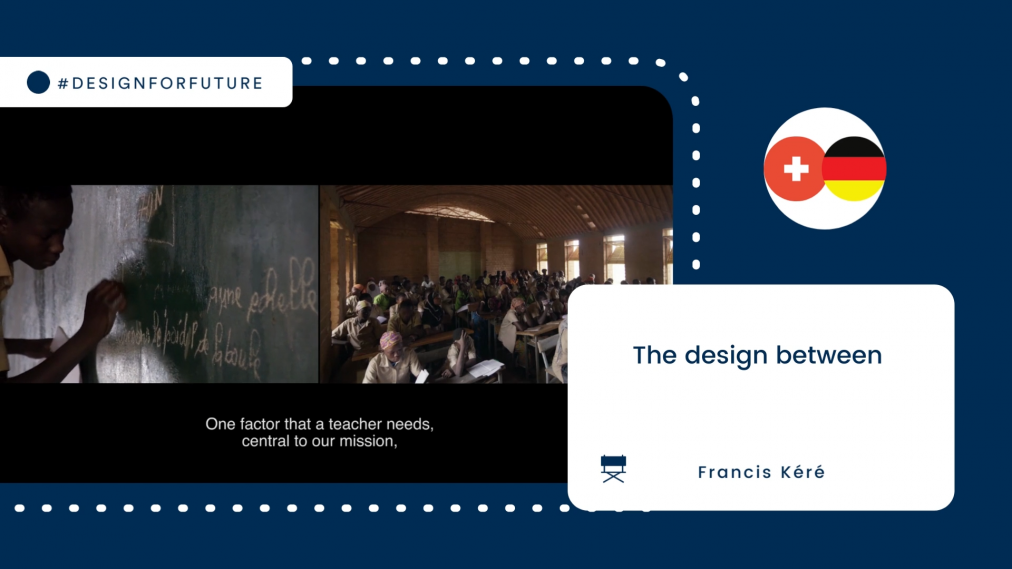